Episode 4: A Surreal Serial, Then This Happened

The rest of that Tuesday, while still in Houston with Tobin’s sister Lisa and our family, we were in a state of surreal denial.  Our neighbors were standing in front of our tree-in-the-house and giving sound bites to reporters who were showing the house and the address on camera and explaining that the homeowners were away…Am I the only one that thinks that was a tad irresponsible?

We became obsessed with following all the links our friends were texting to the multitude of news stories on every network. We even heard about it from friends who heard it on the radio and recognized the address.

All I was thinking was, glad it is not ME in that news clip with NO HAIR AND MAKE-UP!!  The fact that it was our sweet, broken house was not completely sinking in.

We were scheduled to fly home the next day, Wednesday, and from the time we woke up in the morning throughout the trip we continued to get reports from friends and clips to catch on news programs. Once we landed and caught the Fly Away Bus for the final stretch, the news was showing the city workers removing the tree from the house. Tobin and I were musing:

If a tree falls on your house, and you were not there to see it, and it is gone when you get home, did it really fall?

The final part of the journey was the Uber from the Fly Away to the house, we had mixed feelings at this point. When the car turned from Balboa Blvd. onto our street we could see the giant yellow dumpster ½ a mile away, blocking traffic from entering the block. As we drove closer the dumpster and the magnitude of the event grew larger and larger. 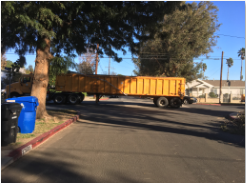 We were greeted, on our front lawn, by a jovial team of LA City workers. The tree was off the house, 1/3 of which was now open to the sky. The giant tree was cut into long chunks and they were in the process of cutting it up into smaller pieces to fit into the jaws of some sort of scary looking vehicle that takes it to the trailer home size dumpster. More vehicles, some with arms, some with gaping mouths peppered the lawn, completely ruining the front landscaping we had invested in a year before.  They were all very large and I assume very heavy and by the time they left, our front yard looked like we had landmines planted and a large herd of bison stampeded through.

We were too fascinated by the process to even consider going inside. We stood and watched and joked and worried and watched as the work proceeded.

Eventually,  they offered to cut us a chunk of the tree to keep as a souvenir…we thought that was a great idea, so they did!  I have yet to figure out what to do with it, but I am open to suggestions. 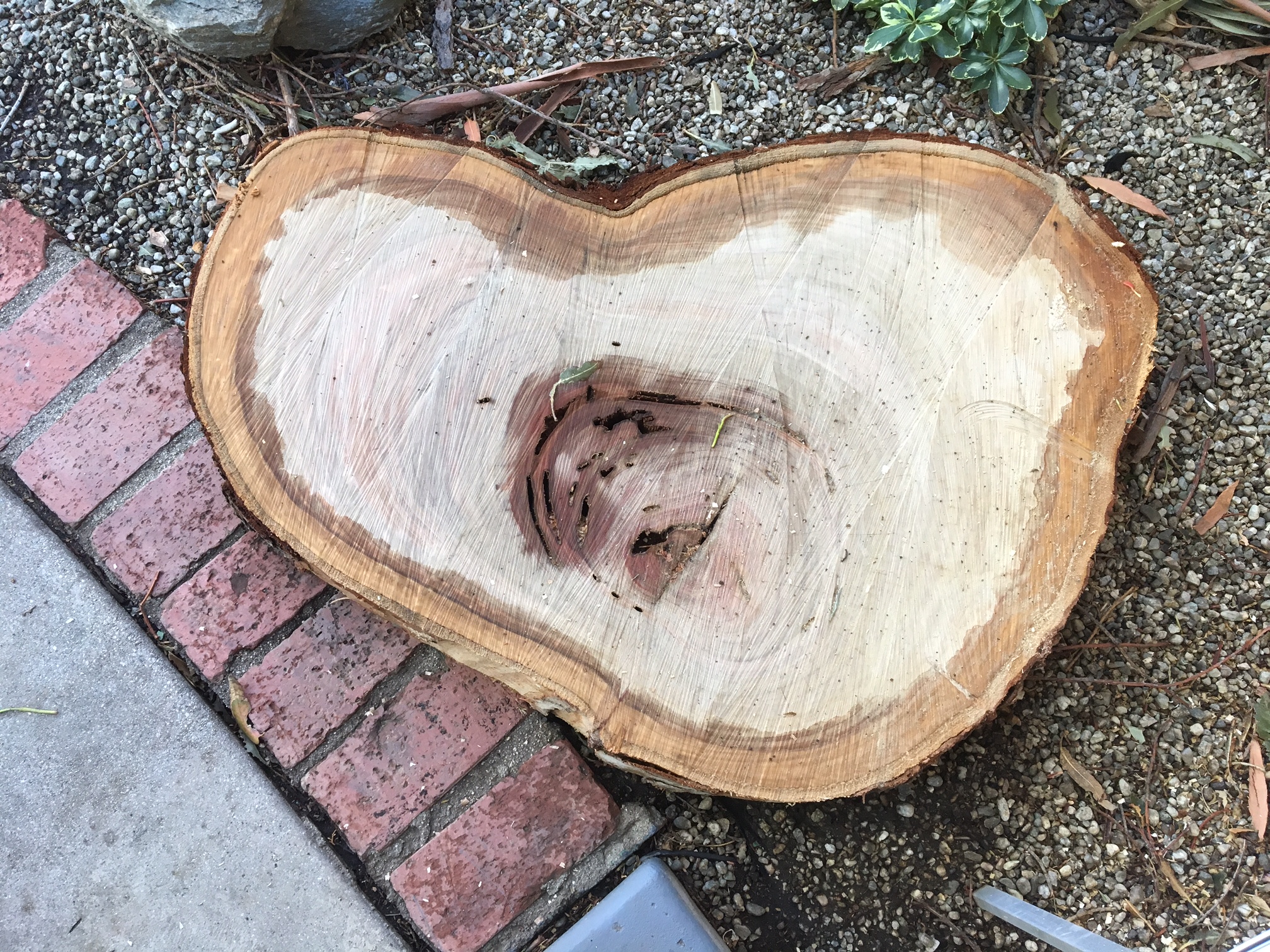