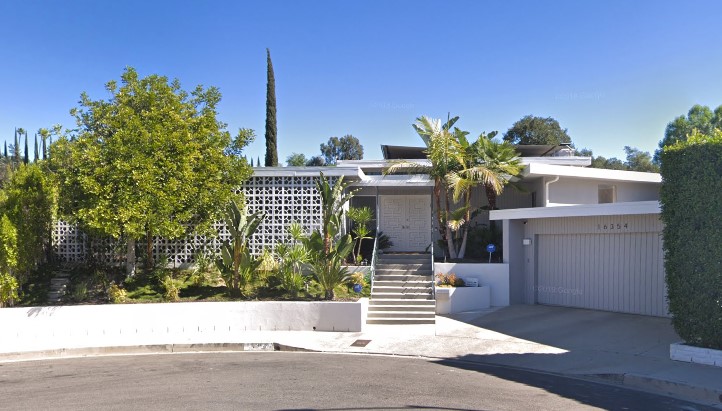 When our clients purchased this Mid-Century home, built in 1959, so much of the detail work was original. Also original were the small dark rooms, walls that obstructed views and a lot of dark wood paneling.

To us, the essence of the Mid-Century Modern home is natural light illuminating clean lines—often with captivating wrap around views and materials that bring the outside in. When our clients first engaged with us to design their Mid-Century Modern home, built in 1959, we further developed their plan to maximize the light and views while preserving the most eccentric original details in order to enhance the period feeling and “intention” of the architecture.

As originally designed, the light streams in through the transome windows up along the roof line above the living room. After the renovation the same windows pour light into not only the living room but throughout the opened-up entry, kitchen and family rooms as well. 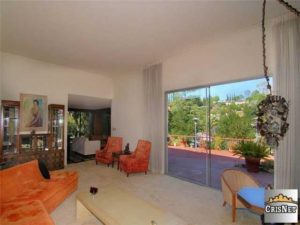 Left is the original living room. You can see the sofa, original to the home, is in the same position, but the wall below the soffit, which was removed, made the room feel so much smaller. 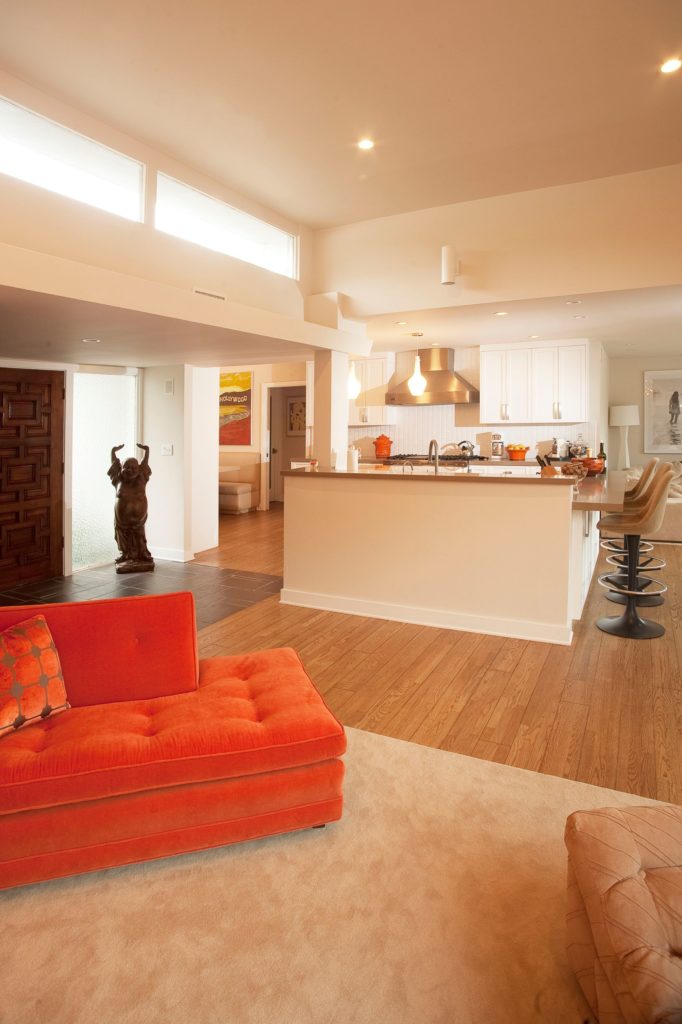 On the other side of the original living room wall there were three separate rooms: the Family Room, Dining Room and Kitchen. By removing ALL of this interior structure the Mid Century features are enhanced, while becoming a light filled entertaining space. The fireplace details and wall mural were just a couple of the many original details that now have a chance to shine. 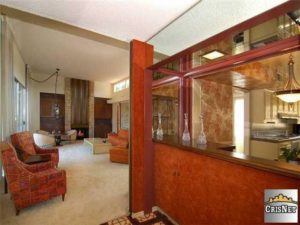 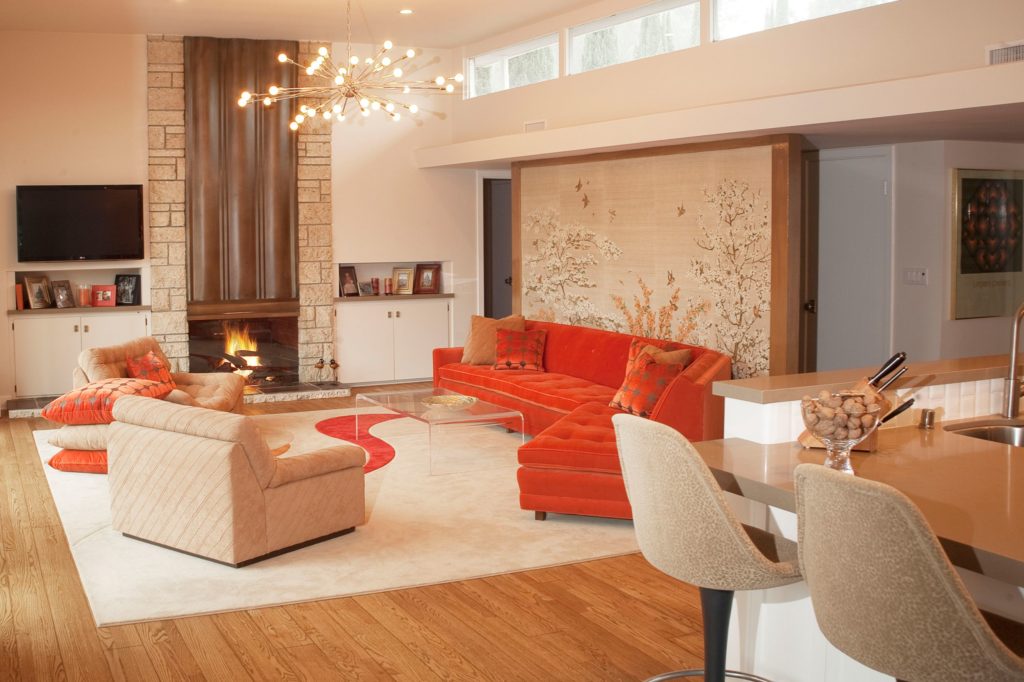 By using a combination of new furnishings and re-refurbished original pieces with pops of color typical of the 50’s and 60’s, the feeling of the house is consistent, fun and perfectly suited for this very “modern” family of four. The homeowners already had some wonderful pieces in their repertoire including the large Mid Century Brass Sputnik Chandelier, one of the crown jewel décor pieces in the house.

Although the kitchen was ultra-modern for the time with its long tile countertops and plenty of cabinet space, by opening it up to the rest of the living space and installing updated versions of iconic appliances we made it a state-of-the-art kitchen by today’s standards. 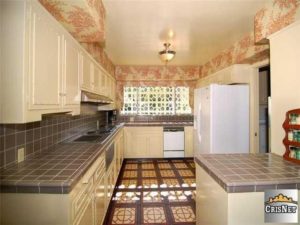 For the new kitchen we chose a combination of grey Quartz countertops, a simple white tile back splash, and ceiling-height cabinetry to make it feel more spacious, despite the lower ceiling. On the other hand, the custom banquette eating area in the back corner feels warm, cozy, and era appropriate.

The center island has an Onyx countertop that adds a natural pop of texture and color. That, and the plank wood floors, bring elements of the outside in, which is an important tenant of Mid-Century Modern architecture. 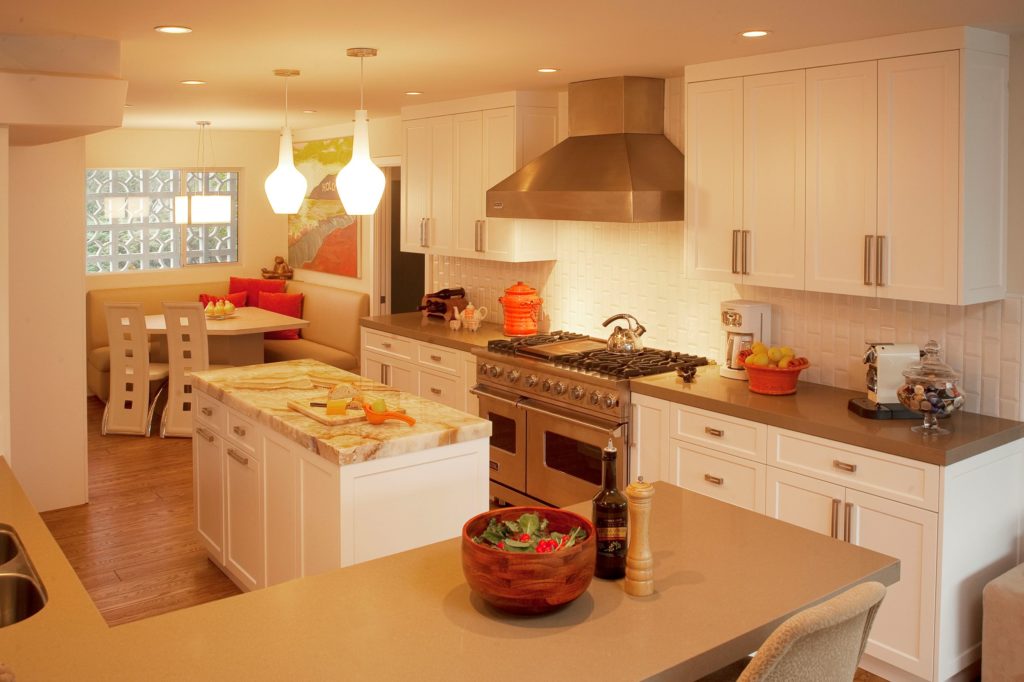 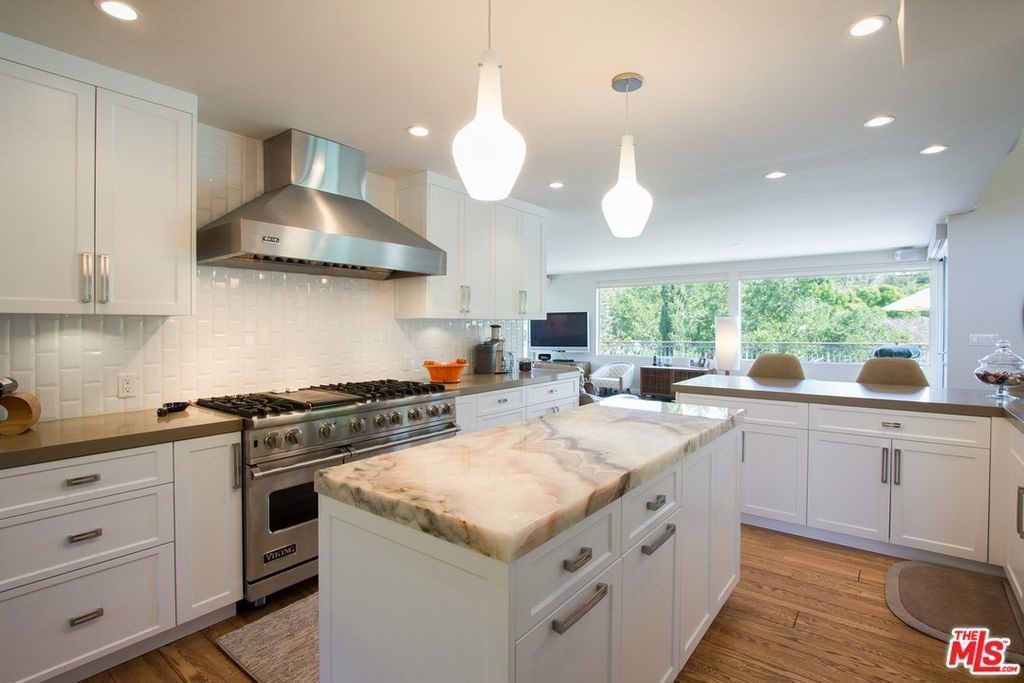 Blowing open the soffits and walls that cut the flow from the old dining room and opening a pass through makes the movement within this area smooth and allows the spectacular views to be enjoyed throughout the home.

Like the kitchen, the master bathroom had a few “modern for the time” design touches, including a set of sliding doors leading out to the pool area. A romantic idea for the time perhaps, but with a young family it was wise to close the opening and add a window with a remote-control roller shade instead. By switching the sliding door for a window, we increased the usable square footage considerably. 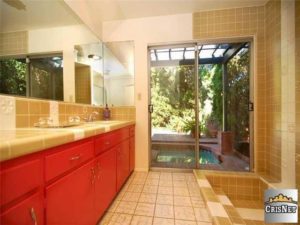 Another dated design touch was the olive and gold colored tile walls and countertops. While small scale tiles may have been considered beautiful and modern in 1959, we feel like the less grout the better for cleaning and longevity. As a solution, we chose to carry on the white and gray color palette from the kitchen with large-scale tiles, quartz countertops and modern cabinetry to create a blank canvas for the outside views to shine. 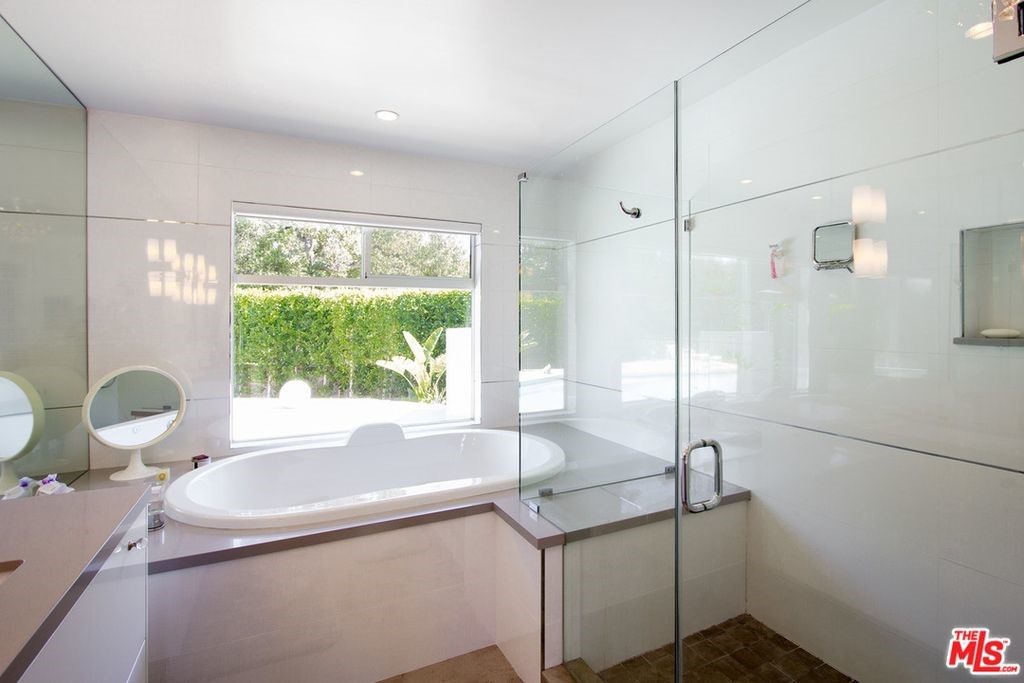 By making the necessary updates for a contemporary lifestyle while staying true to the home’s original character, we were able to make this Mid-Century Modern gem relevant and functional for decades to come!

⇐ EPISODE 11: Designing the fabulous back INTO the closet
We ALL need a bit of a lift these days ⇒
© 2022 Jana Design Interiors